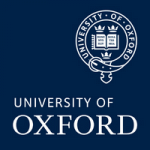 After disputes between students and Oxford townsfolk in 1209, some academics fled north-east to Cambridge, where they established what became the University of Cambridge. The two ancient English universities have many common features and are often jointly referred to as Oxbridge. In addition to their cultural and practical associations, as a historic part of British society, they have a long history of rivalry with each other.

Most undergraduate teaching at Oxford is organised around weekly tutorials at self-governing colleges and halls, supported by classes, lectures and laboratory work organised by University faculties and departments. Oxford regularly contends with Cambridge for first place in the UK league tables, and consistently ranks among the top five universities in the world, according to global rankings. For more than a century, it has served as the home of the Rhodes Scholarship, which brings students from a number of countries to study at Oxford as postgraduates or for a second bachelor's degree.

The University of Oxford has no known foundation date. Teaching at Oxford existed in some form in 1096, but it is unclear at what point a university came into being.

The expulsion of foreigners from the University of Paris in 1167 caused many English scholars to return from France and settle in Oxford. The historian Gerald of Wales lectured to such scholars in 1188, and the first known foreign scholar, Emo of Friesland, arrived in 1190. The head of the University was named a chancellor from at least 1201, and the masters were recognised as a universitas or corporation in 1231. The students associated together on the basis of geographical origins, into two "nations", representing the North (including the Scots) and the South (including the Irish and the Welsh). In later centuries, geographical origins continued to influence many students' affiliations when membership of a college or hall became customary in Oxford. Members of many religious orders, including Dominicans, Franciscans, Carmelites, and Augustinians, settled in Oxford in the mid-13th century, gained influence, and maintained houses for students. At about the same time, private benefactors established colleges to serve as self-contained scholarly communities. Among the earliest such founders were William of Durham, who in 1249 endowed University College, and John Balliol, father of a future King of Scots: Balliol College bears his name. Another founder, Walter de Merton, a chancellor of England and afterwards Bishop of Rochester, devised a series of regulations for college life; Merton College thereby became the model for such establishments at Oxford, as well as at the University of Cambridge. Thereafter, an increasing number of students forsook living in halls and religious houses in favour of living in colleges.

The new learning of the Renaissance greatly influenced Oxford from the late 15th century onwards. Among university scholars of the period were William Grocyn, who contributed to the revival of Greek language studies, and John Colet, the noted biblical scholar. With the Reformation and the breaking of ties with the Roman Catholic Church, Recusant scholars from Oxford fled to continental Europe, settling especially at the University of Douai. The method of teaching at Oxford was transformed from the medieval Scholastic method to Renaissance education, although institutions associated with the university suffered losses of land and revenues. In 1636, Chancellor William Laud, archbishop of Canterbury, codified the university's statutes; these to a large extent remained its governing regulations until the mid-19th century. Laud was also responsible for the granting of a charter securing privileges for the University Press, and he made significant contributions to the Bodleian Library, the main library of the university. From the inception of the Church of England until 1866 membership of the church was a requirement to receive the BA degree from Oxford, and "dissenters" were only permitted to receive the MA in 1871.

The university was a centre of the Royalist party during the English Civil War (1642–1649), while the town favoured the opposing Parliamentarian cause. From the mid-18th century onwards, however, the University of Oxford took little part in political conflicts.

The mid nineteenth century saw the impact of the Oxford Movement (1833–1845), led among others by the future Cardinal Newman. The influence of the reformed model of German university reached Oxford via key scholars such as Edward Bouverie Pusey, Benjamin Jowett and Max Müller.

The system of separate honour schools for different subjects began in 1802, with Mathematics and Literae Humaniores. Schools for Natural Sciences and Law, and Modern History were added in 1853. By 1872 the latter was split into Jurisprudence and Modern History, and Theology was the sixth honour school. In addition to these BA Honours degrees, the post-graduate Bachelor of Civil Law (BCL) was (and still is) offered.

Administrative reforms during the 19th century included the replacement of oral examinations with written entrance tests, greater tolerance for religious dissent, and the establishment of four women's colleges. Twentieth century Privy Council decisions (such as the abolition of compulsory daily worship, dissociation of the Regius professorship of Hebrew from clerical status, diversion of theological bequests to colleges to other purposes) loosened the link with traditional belief and practice. Although the University's emphasis traditionally had been on classical knowledge, its curriculum expanded in the course of the 19th century to encompass scientific and medical studies. Knowledge of Ancient Greek was required for admission until 1920, and Latin until 1960.

The University maintains the largest university library system in the UK and with over 11 million volumes housed on 120 miles (190 km) of shelving the Bodleian group is the second-largest library in the UK, after the British Library. The Bodleian is a legal deposit library, which means that it is entitled to request a free copy of every book published in the UK. As such, its collection is growing at a rate of over three miles (five kilometres) of shelving every year.

The buildings referred to as the University's main research library The Bodleian consist of the original Bodleian Library in the Old Schools Quadrangle, founded by Sir Thomas Bodley in 1598 and opened in 1602, the Radcliffe Camera, the Clarendon Building, and the New Bodleian Building. A tunnel underneath Broad Street connects these buildings, with the Gladstone Link connecting the Old Bodleian and Radcliffe Camera opening to readers in 2011.

The Bodleian Libraries group was formed in 2000, bringing the Bodleian Library and some of the subject libraries together. It now comprises 28 libraries, a number of which have been created by bringing previously separate collections together, including the Sackler Library, Social Science Library and Radcliffe Science Library. Another major product of this collaboration has been a joint integrated library system, OLIS (Oxford Libraries Information System), and its public interface, SOLO (Search Oxford Libraries Online), which provides an electronic catalogue covering all member libraries, as well as the libraries of individual colleges and other faculty libraries, which are not members of the group but do share cataloguing information.

A new book depository opened in South Marston, Swindon in October 2010, and current building projects include the remodelling of the New Bodleian building, which will be renamed the Weston Library when it reopens in 2014-15. The renovation is designed to better showcase the library’s various treasures (which include a Shakespeare First Folio and a Gutenberg Bible) as well as temporary exhibitions.

The Bodleian engaged in a mass-digitisation project with Google in 2004.

To be a member of the university, all students, and most academic staff, must also be a member of a college or hall. There are thirty-eight colleges of the University of Oxford and six Permanent Private Halls, each controlling its membership and with its own internal structure and activities. Not all colleges offer all courses, but they generally cover a broad range of subjects.

The Permanent Private Halls were founded by different Christian denominations. One difference between a college and a PPH is that whereas the former are governed by the fellows of the college, the governance of a PPH resides, at least in part, with the corresponding Christian denomination. The six current PPHs are:

Teaching members of the colleges (fellows and tutors) are collectively and familiarly known as dons, although the term is rarely used by the University itself. In addition to residential and dining facilities, the colleges provide social, cultural, and recreational activities for their members. Colleges have responsibility for admitting undergraduates and organising their tuition; for graduates, this responsibility falls upon the departments. There is no common title for the heads of colleges, the names used include warden, provost, principal, president, rector, master and dean.

According to the 2012 Times Higher Education World Reputation Rankings – based on a survey of 17,554 academics over 149 countries – Oxford belongs to the elite group of six universities touted as the globally recognised 'super-brands'.

Oxford in literature and other media

Oxford University is the setting for numerous works of fiction. Oxford was mentioned in fiction as early as 1400 when Chaucer in his Canterbury Tales referred to a "Clerk [student] of Oxenford": "For him was levere have at his beddes heed/ Twenty bookes, clad in blak or reed,/ of Aristotle and his philosophie/ Than robes riche, or fithele, or gay sautrie". As of 1989, 533 Oxford-based novels had been identified, and the number continues to rise. Famous literary works range from Brideshead Revisited, by Evelyn Waugh, to the trilogy His Dark Materials by Philip Pullman, which features an alternate-reality version of the University. Sir Humphrey Appleby, GCB, KBE, MVO, MA (Oxon) attended the fictional Baillie College in Yes Minister, and The Complete Yes Minister book's introduction, dated September 2019, was written from the equally fictitious Hacker College.

Retrieved from "https://avinashpatra.fandom.com/wiki/User:University_of_Oxford?oldid=3963"
Community content is available under CC-BY-SA unless otherwise noted.